We have the roofing solutions that you need

Troyer’s Coating Systems is a family owned and operated commercial roofing company. We are Conklin warranty trained and certified. Our spray foam system can turn any old roof into a brand new beautiful roof, without expensive tear-offs. Whatever your commercial needs are, we have a solution! 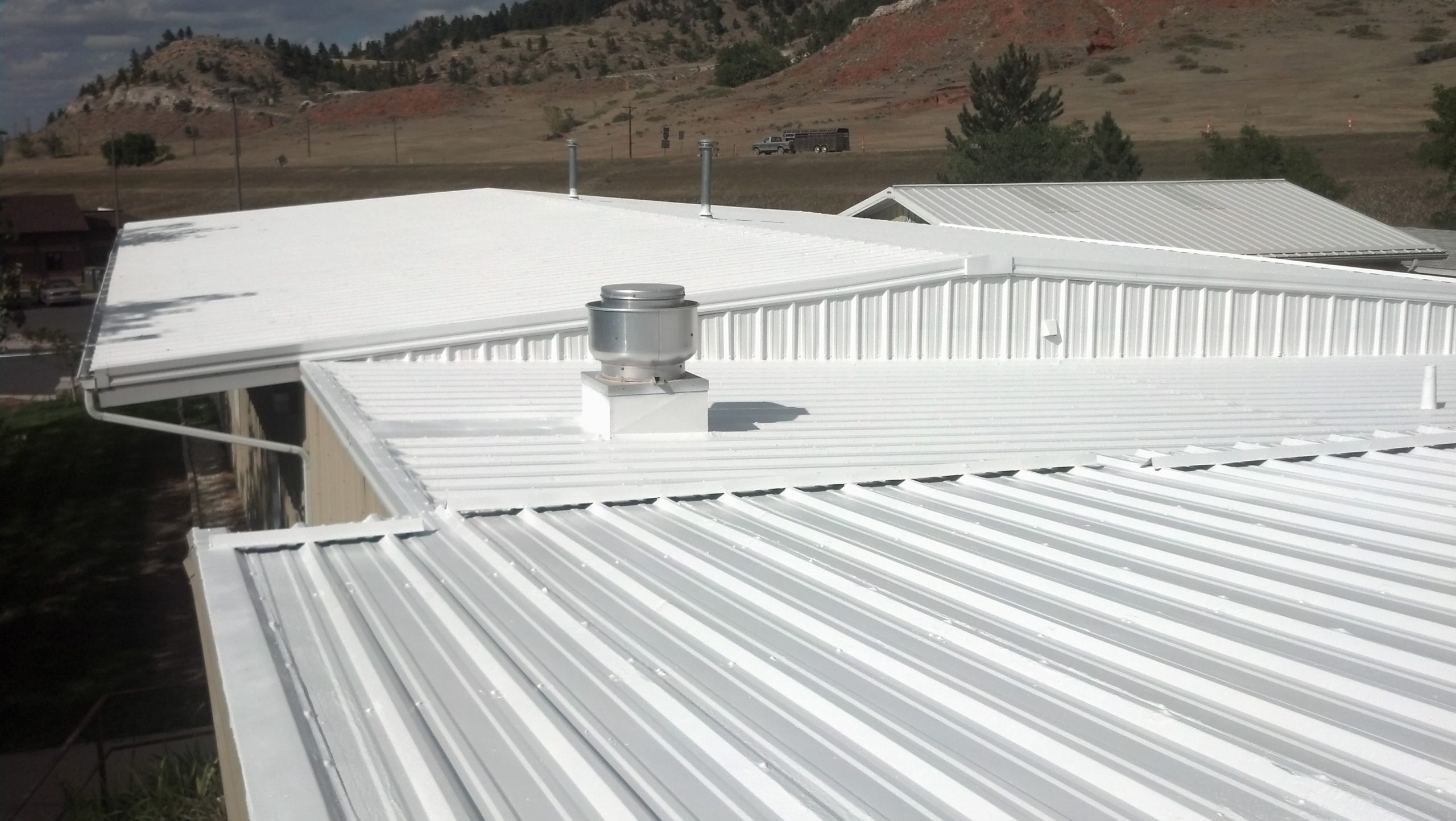 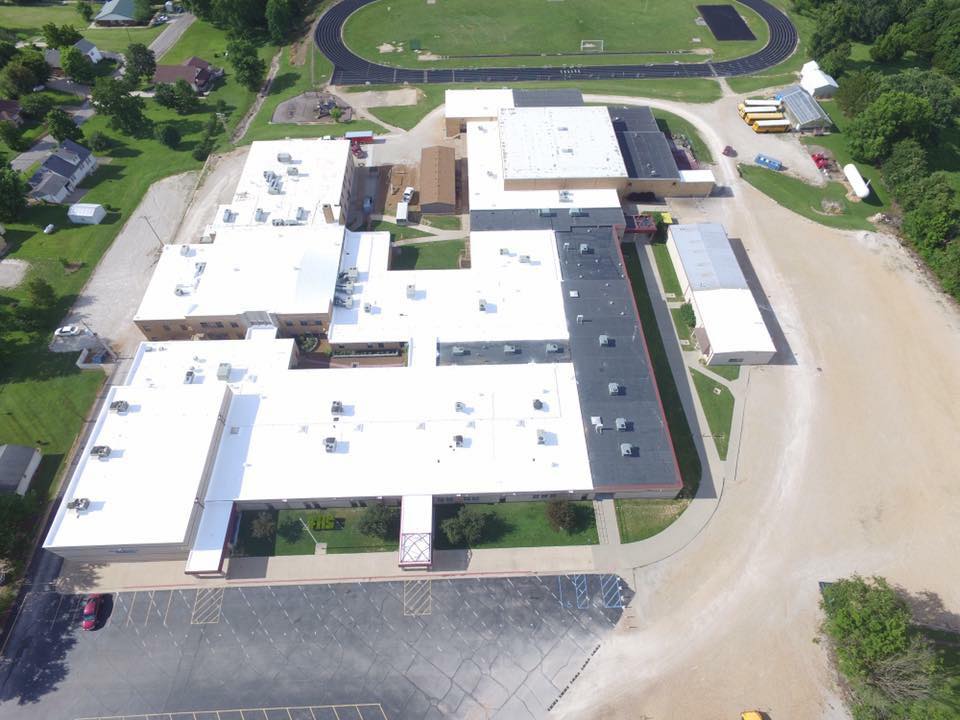 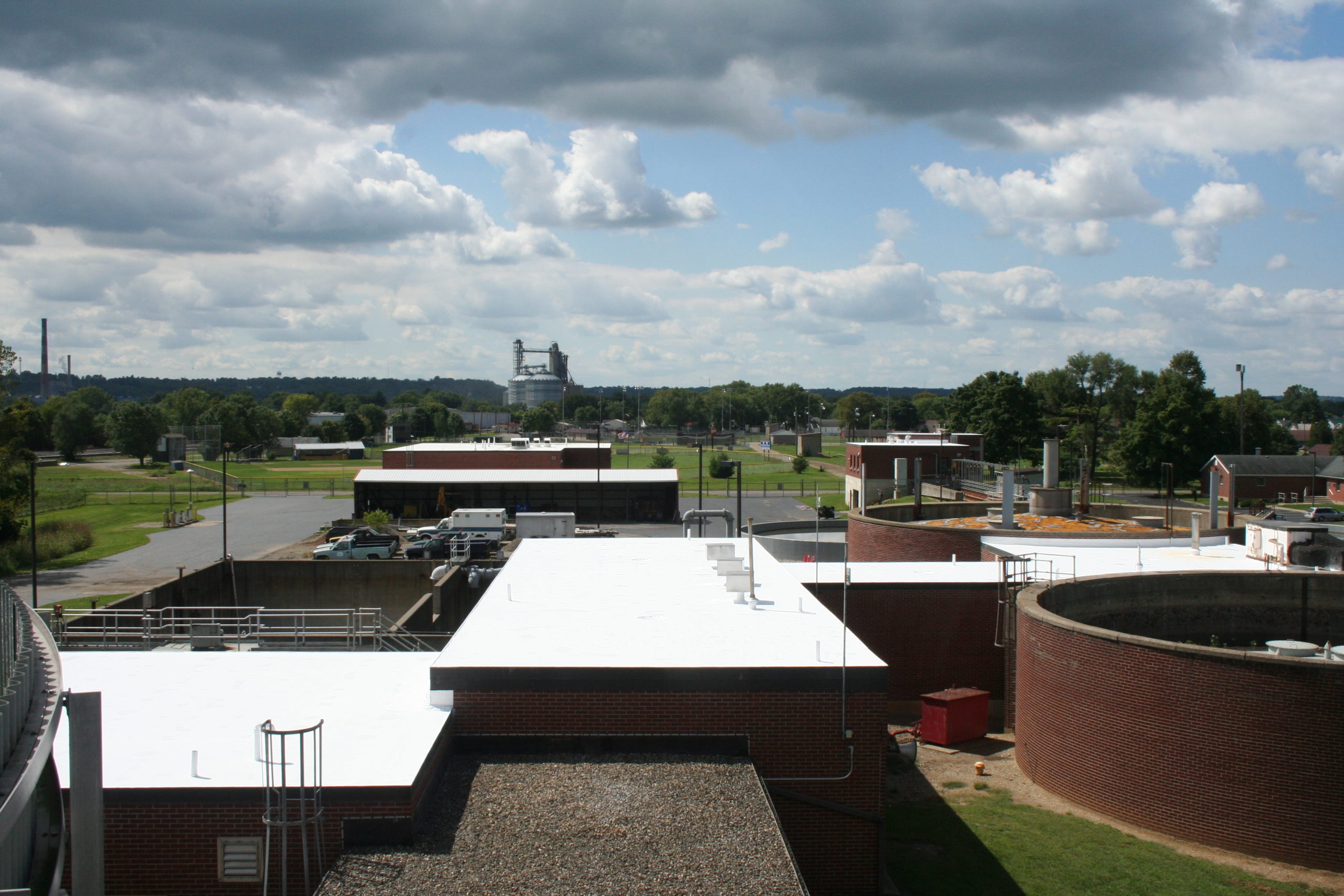 Partnered With The Very Best

Beginning in 1977, Conklin was the first company to create and manufacture white, acrylic roof coating systems. Conklin continues to develop some of the most innovative and sustainable roof coatings on the market. With more than one billion square feet of roofing applied and hundreds of thousands of satisfied customers, Conklin has changed the face of the roofing industry. Contractors using our roofing systems can maintain and protect your building for decades to come.

Highly reflective “cool” roofs are having their day in the sun. During the warmest weather, studies have indicated that they lower roof temperatures by up to 40% and decrease the amount of heat transferred into a building’s interior. That helps reduce energy needs for cooling, and using less energy not only saves money, it also reduces the amount of pollutants released into the atmosphere. Conklin Roofing Systems meet the very highest standards for energy efficiency. 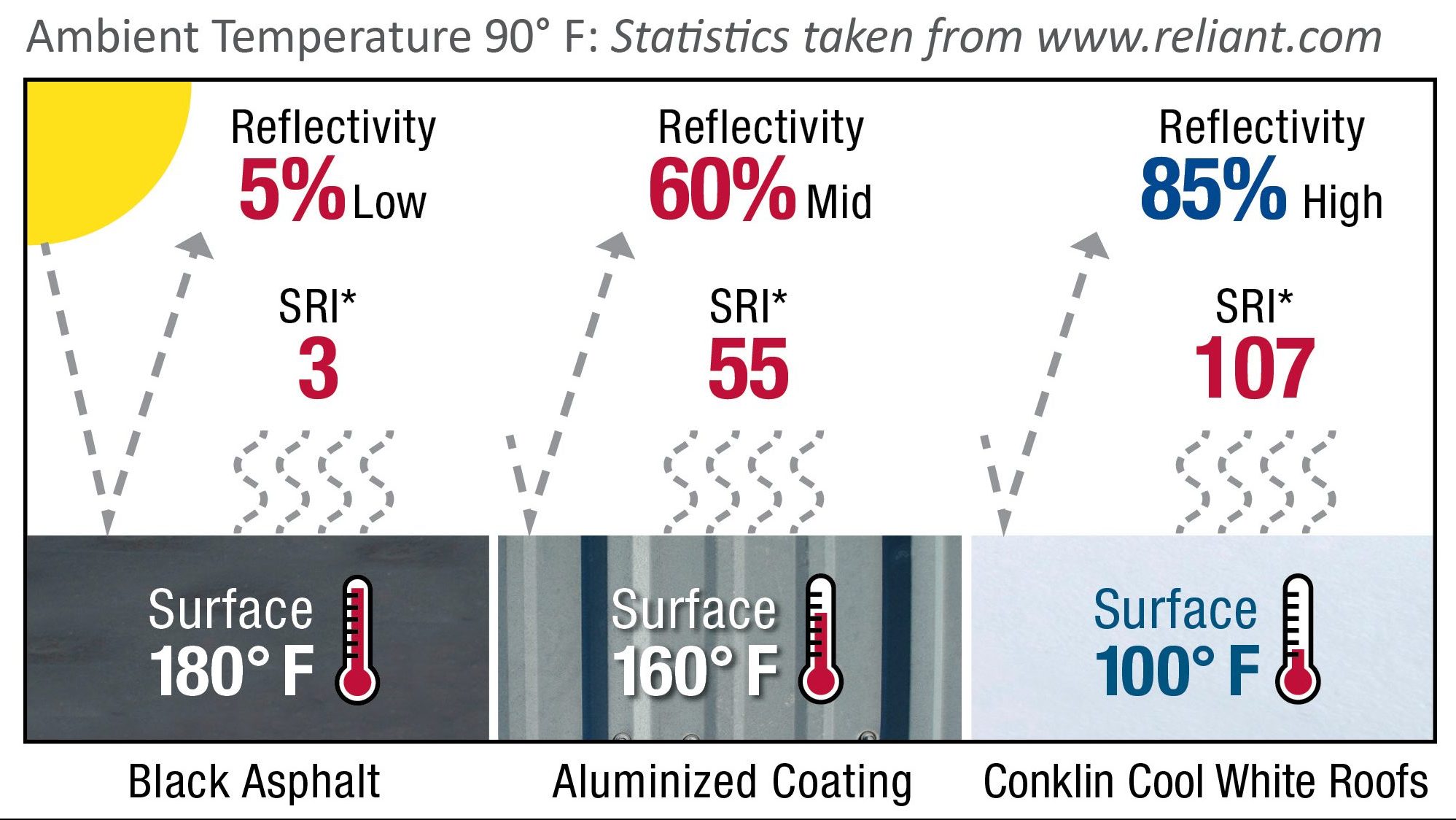 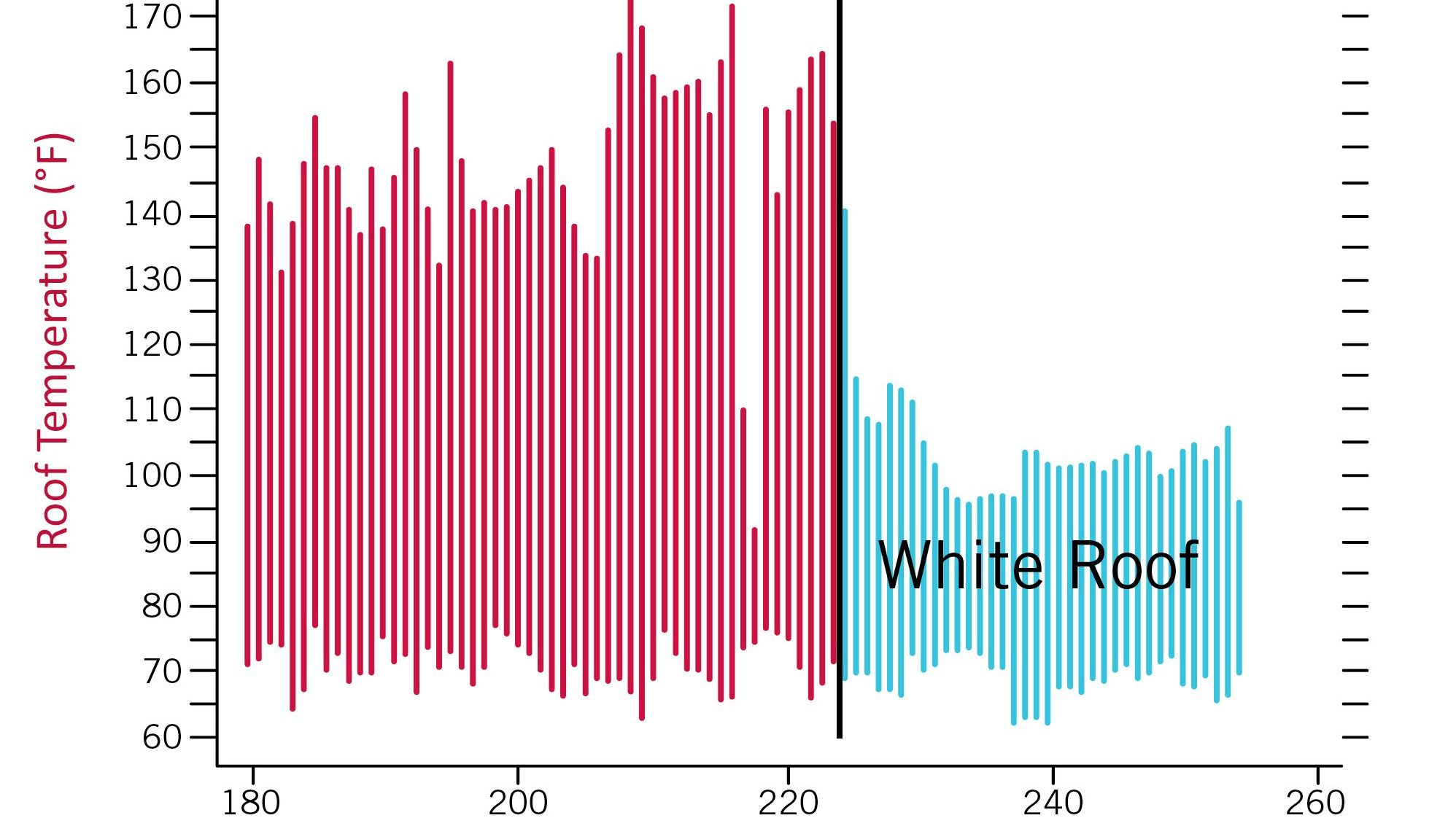 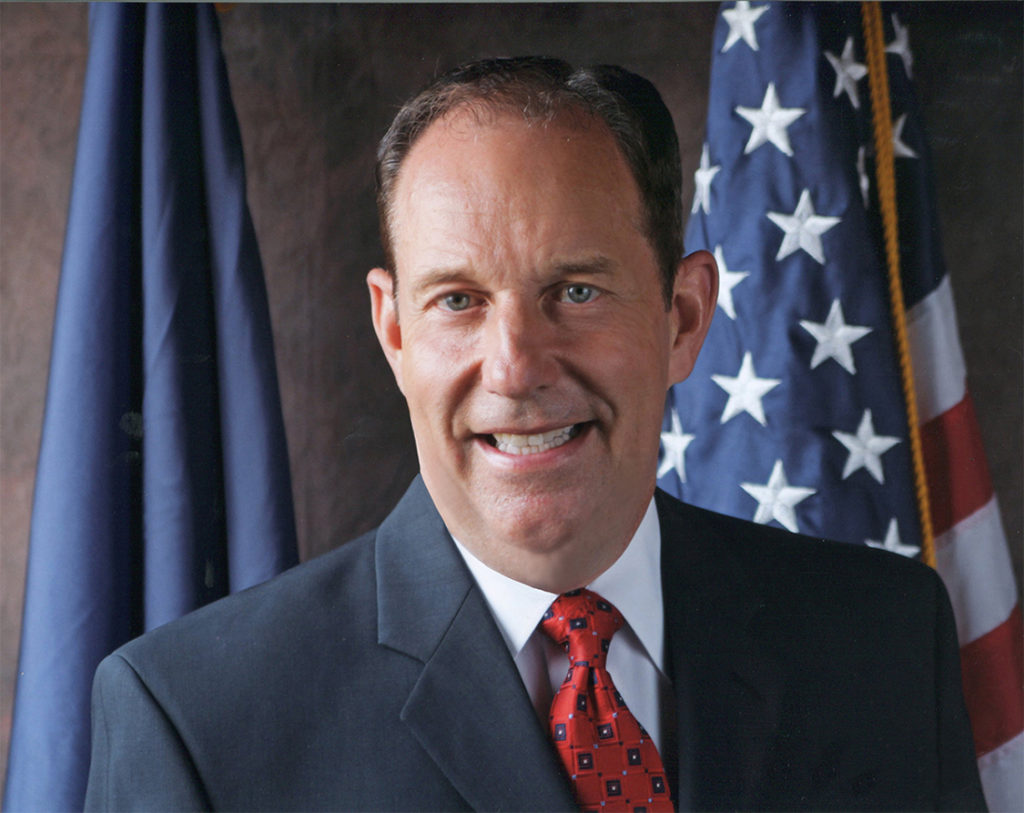 Charles W. Herbster from Falls City, Nebraska, is a farmer and the owner and Chief Executive Officer of Conklin Company Inc., with executive offices in Kansas City, MO, and manufacturing and distribution in Shakopee, MN

Charles graduated from Falls City High School. He attended the University of Nebraska for nearly two years, returning to the family’s farms upon the death of his mother. While attending the University, Charles was the Nebraska Vice President of Future Farmers of America (FFA) and traveled extensively throughout the state, speaking about agriculture. Charles became a Conklin Distributor on Dec. 1, 1976; he was appointed a Conklin Director July 1, 1977, setting a company record for the pace at which anyone had reached this coveted title. Bob Conklin, then Owner and Founder of the Conklin Company, requested Charles join the corporate staff and accept the position of National Sales Manager. He traveled the country throughout 1978-79 serving, supporting, and training Distributors coast to coast.

In 1980, he resumed his role as a Conklin Director as well as assisting his Grandmother Carico in operating the family’s farms. He married his wife, Judy, in 1982, and they built their Conklin business together. In 1992, Charles became majority shareholder of the Conklin Company when he purchased 52% of the company from the Conklin family. In 1994, he became the sole owner, which fulfilled his 15-year goal to play a major role in preserving the foundation on which the company was built upon and maintaining the opportunities of the free enterprise system.

Charles is the Chief Executive Officer and took on the role of President and Chief Operating Officer upon his wife’s passing in May 2017. Conklin’s administrative offices are located in Kansas City, Missouri, and its manufacturing operations and distribution warehouse is in Shakopee, Minnesota. Conklin is one of few companies left today that is “farmer-owned.” Charles is proud of the products Conklin produces and sells right here in the United States of America!

Charles is active in Republican politics and continues to serve as the National Chairman of the Agriculture and Rural Advisory Committee for President Donald J. Trump. He is a member of the Nebraska Farm Bureau, the Nebraska Cattlemen Association, American Angus Association, and the NRA. Additionally, Charles has been actively involved with the National Day of Prayer for more than a decade, sharing the significance of prayer in the United States—from our Founding Fathers all the way to today’s national leaders.

We do complimentary roofing inspections to help you determine whats wrong with your roofing and give you the best ideas of how to fix or replace your trouble areas.